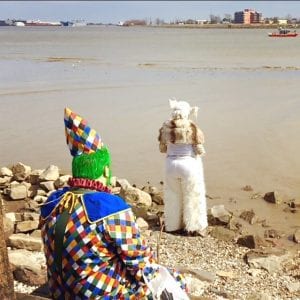 (n) Japanese word directly translated as “forest bathing”. A visit to the forest for relaxation.

(n.) German for a feeling of forest solitude, being alone in the woods and a connectedness to nature.

(n.) Japanese for describing the phenomena when sunlight filters through the trees and the interplay between the light and the leaves.

(n.) This Swedish word is used to describe the light the moon casts on the water that looks like a road.

(n.) A love of life and the living world; the affinity of human beings for other life forms.  This English word was made popular by American biologist, E. O. Wilson describing the connections that humans subconsciously seek with the rest of life.

(n.) An Aboriginal Australian word describing contemplation, deep inner listening and quiet awareness of creation that allows you to be at peace with yourself and come to a deeper understanding of the beauty of nature.

(n.) A perfect word from the Italians.  Best translated as a means “to escape the heat of the midday sun by resting in the shade.”

(n.) Spanish for the moment at dawn when night greets day.

(n.) A lovely Hawaiian word to express one’s love of the land.

CERTIFIED NATURE & FOREST THERAPY GUIDE Duncan is a Certified Nature & Forest Therapy guide living and working in Vermont. He grew up on the shores of Lake Champlain where his deep connection to Nature was formed. Following his passion for art, he moved to NYC where he lived and worked as a professional actor for 14 years. Nature called him to become a horticulturist so he transitioned to become a NYC parks department gardener which lead him to a life of nature (re) connection. After receiving his Nature & Forest Therapy Guide Certification from the Association of Nature and Forest Therapy (ANFT) in 2015, he began his practice in New York City guiding the first forest bathing groups in Central Park. He then moved back to his home state in Vermont in 2015 and began his work with the Intervale Center growing and planting native trees where he now serves as the Land Stewardship Coordinator. As a wellness practitioner, he is part of the UVM Integrative Health Practitioner Network and frequently conducts forest bathing experiences throughout Vermont and the world, in-person and online with his organization, Nature Connection Guide. 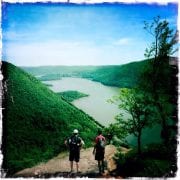 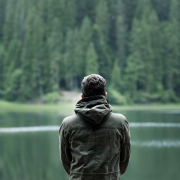 Nature Connection Guide offers Nature Mindfulness Walks in Vermont based on Shinrin-Yoku, the practice of forest bathing. We believe that by fostering a deeper relationship with the natural world, we can help improve the health of all our communities.
[wdi_feed id="1"]
Connect To Nature In The Frigid Cold